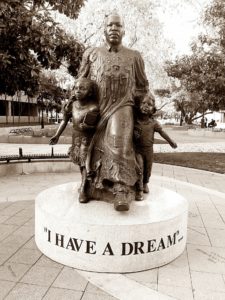 On this, the International Day of Democracy, I thought it might be interesting to take a brief look at the term and some thoughts on it. The term comes from the Greek words “demos” (the people) and “kratia” (power or authority).

By various definitions, we can see this spelled out:

By various “thinkers” over the centuries, we can see how democracy is considered:

“Republics decline into democracies, and democracies degenerate into despotisms.”

“Democracy is the road to socialism.”

16th President of the United States

“The ignorance of one voter in a democracy impairs the security of all.”

35th President of the United States

Whether one believes our nation to be on an incline or decline, most agree that we are in deep trouble. We replace unity with divisiveness, work ethic with entitlement-thinking, and public servants with lifetime politicians.

We need to be better than this. We are better than this. Plenty of world history offers to guide us away from making poor choices that let a government control us. When freedom wanes, life includes unimaginable challenges that are often incomprehensible. Once freedom is lost, it is rarely regained.

Author of 20+ books, and counting! A professional voice-over artist, dedicated foodie, and lifelong corporate communications geek, Cathy Burnham Martin has enjoyed a highly eclectic career, ranging from the arts and journalism to finance, telecommunications, and publishing. Along with her husband, Ron Martin, she has passions for entertaining, gardening, volunteering, active and visual arts, GREAT food, and traveling. Cathy often says, "I believe that we all should live with as much contagious enthusiasm as possible... Whether we're with friends or family, taking people along for the ride is more than half the fun."
View all posts by Cathy Burnham Martin →
This entry was posted in Notable Quotables, The Gripes of Cath. Bookmark the permalink.