Neil Armstrong served as a naval aviator from 1949 – 1952 and served in the Korean War. He then earned his Bachelor of Science degree in aeronautical engineering from Purdue University and became a test pilot for what later became known as NASA. Most of us think of him as the first man to walk on the moon, which happened 53 years ago today. The Apollo 11 Lunar Module “Eagle” landed on the moon with just 25 seconds of fuel left on July 20, 1969. Commander Neil Armstrong then transmitted, “Houston, Tranquility Base here. The Eagle has landed.” Everyone in the control room could finally breathe again! 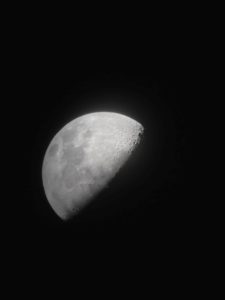 Unable to sleep, Armstrong and lunar module pilot Buzz Aldrin prepared to leave the craft. As he stepped onto the moon’s surface 6 hours and 39 minutes later at 10:56 pm Eastern Daylight Time, Armstrong said, “That’s one small step for a man, one giant leap for mankind.” (Yes, he is famously misquoted without the little “a” article, due to a static crackle.) Armstrong and Aldrin explored the moon’s surface and collected samples for 2½ hours. Ahhhh, explorers!

Author of 20+ books, and counting! A professional voice-over artist, dedicated foodie, and lifelong corporate communications geek, Cathy Burnham Martin has enjoyed a highly eclectic career, ranging from the arts and journalism to finance, telecommunications, and publishing. Along with her husband, Ron Martin, she has passions for entertaining, gardening, volunteering, active and visual arts, GREAT food, and traveling. Cathy often says, "I believe that we all should live with as much contagious enthusiasm as possible... Whether we're with friends or family, taking people along for the ride is more than half the fun."
View all posts by Cathy Burnham Martin →
This entry was posted in Notable Quotables, Uncategorized. Bookmark the permalink.