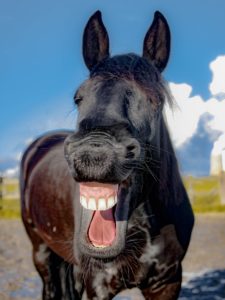 Smile, laugh, scoff, or awwww… but tell a joke… or two.

A man went into a seafood restaurant and asked for a lobster tail.

The waitress smiled sweetly and said, “Once upon a time there was this handsome lobster…”

The Doctor replied, “That sounds like Tom Jones syndrome.”

He answered, “It’s not unusual.”

Why don’t pirates take a shower before they walk the plank? They just wash up on shore.

According to unofficial sources, the new, simplified income tax form has only 4 lines.

What was your income for the year?

What were your expenses?

How much do you have left?

(Though it sounds like it could have been told now, that ditty appeared in Readers Digest back in 1945.)

A grasshopper walks into a bar. The bartender says, “Hey! Did you know there’s a drink named after you?”

And just to prove that I’m an equal-opportunity-insulter:

A woman gets on a bus with her baby. The bus driver says, “Ugh! That’s the ugliest baby I’ve ever seen!”

Fuming, the woman walks to the rear of the bus and sits down. She says to a man next to her, “The drive just rudely insulted me.”

The man says, “You go up there and tell him off. Go on, I’ll hold your monkey for you.”

Laugh or cringe… I’ll be here all week!

Author of 20+ books, and counting! A professional voice-over artist, dedicated foodie, and lifelong corporate communications geek, Cathy Burnham Martin has enjoyed a highly eclectic career, ranging from the arts and journalism to finance, telecommunications, and publishing. Along with her husband, Ron Martin, she has passions for entertaining, gardening, volunteering, active and visual arts, GREAT food, and traveling. Cathy often says, "I believe that we all should live with as much contagious enthusiasm as possible... Whether we're with friends or family, taking people along for the ride is more than half the fun."
View all posts by Cathy Burnham Martin →
This entry was posted in Notable Quotables, So Silly!. Bookmark the permalink.